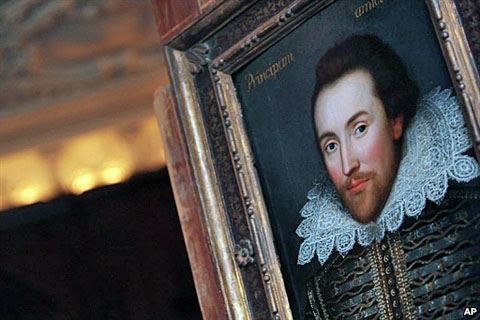 
Shakespeare's skull is likely missing from his grave, an archaeologist has concluded, confirming rumors that have swirled for years about grave-robbers and adding to the mystery surrounding the Bard's remains.
Four hundred years after his burial at the Church of the Holy Trinity in Stratford-upon-Avon, central England, researchers were allowed to scan the grave of England's greatest playwright with ground-penetrating radar. In the area under the church floor where the Bard's skull was expected to be, they found signs of interference.
"We have Shakespeare's burial with an odd disturbance at the head end, and we have a story that suggests that at some point in history someone's come in and taken the skull of Shakespeare,"  said archaeologist Kevin Colls from Staffordshire University. "It's very, very convincing to me that his skull isn't at Holy Trinity at all."
The findings deepen the mystery about Shakespeare's last resting place.
The grave does not bear his name, merely this warning rhyme: "Good friend, for Jesus' sake forbear, to dig the dust enclosed here. Blessed be the man that spares these stones, And cursed be he that moves my bones."
Second skull
In their quest to find Shakespeare's skull, Colls' team also investigated a long-standing tale that it was hidden in a sealed crypt in another church 15 miles (24 kilometers) across the English countryside in Worcestershire. But analysis of that skull showed it to be that of a woman who had been in her 70s when she died.
The story of Shakespeare's missing skull appeared in The Argosy magazine in 1879, which blamed the removal on trophy hunters from the previous century when grave-robbing was common.
Skulls were worth collecting because genius, thought some at that time, would be evident in the remains of a man like Shakespeare, whose character Hamlet famously holds a skull while musing on death.
The scan of the grave where Shakespeare's remains rest next to those of his wife, Anne Hathaway, was conducted in a nonintrusive way, said the team, who will present the results in a television documentary due to air in Britain on Saturday.
"There are so many contradictory myths and legends about the tomb of the Bard," Colls said in a statement. "These results will undoubtedly spark discussion, scholarly debate and controversial theories for years to come. Even now, thinking of the findings sends shivers down my spine."
Publié par PA DIEYE à 10:23 Aucun commentaire: A reader uses a mobile phone to access the Worldreader app in Kenya. (Worldreader)
Mobile technology has put digital books in the hands of people in developing regions who otherwise have limited reading resources. But millions of schoolchildren in places like Africa still have few or no books to help them develop reading and writing skills. Worldreader aims to change that.
Focusing mainly on Sub-Saharan Africa, Worldreader is a non-profit group dedicated to increasing literacy, educational outcomes and positive perceptions of reading in developing countries. Its library is available in 43 languages and 69 countries, including India, as well as the Americas.
“Readers access a library of over 30,000 – actually, currently it’s 31,000 digital books on e-readers or mobile phones,” said Worldreader’s Director of Content Danielle Zacarias in an interview.
The library is accessible on the Web and via an e-reader mobile app, available globally.
In 2013, Worldreader Mobile had, on average, 335,000 active readers each month who collectively completed 657,475 books and stories.
Worldreader also targets schools and libraries, where reach is limited but more impactful. Content is localized to target different regions and languages. So “Kenya would have much more content than the U.S. relating to their languages, for example,” said Zacarias. “And the reason is because … our key focus areas are Sub-Saharan Africa.”
While most of the library’s content is in English and French, Zacarias said the next biggest language on e-readers in schools and libraries in the region is Swahili. “And Swahili books are fairly popular in that region.”
Sub-Saharan African schools are often lacking in infrastructure and sanitation, not to mention books. In many cases, only one textbook is available for two or more students to share, according to the United Nations Educational, Scientific and Cultural Organization (UNESCO). About 153 million adults in Sub-Saharan Africa lack basic literacy and math skills. Women account for more than 60 percent of the region’s illiterate population. Amisha Vittal Khedekar, a student reading outside her school in India. (Worldreader)
While there is little raw data to determine what people are reading on Worldreader, romance is high on the list. But the genre is often poorly-understood or downgraded in public perception because “it is female writing,” even though it “does capture some of the female experiences that are not captured elsewhere.”
“People kind of snub their noses at romance – it’s not proper fiction,” said Zacarias. “And it’s one of the few places you can find stories told from a woman’s perspective, like love stories told from a woman’s perspective.”
Depending on availability and current interest, health and sexual health books are also popular. Health topics “spiked tremendously” in West Africa during last year’s Ebola outbreak. And Zacarias suggested that the popularity of a book about malaria might reflect Sub-Saharan Africa’s continued problems with the disease.
Books about sexual health might not even be available in some markets. Zacarias said readers might be reluctant to check out this type of material at a public library – assuming they have a public library – and more inclined to access them in private on their mobile device.
But Zacarias is less concerned with what people are reading than with the fact that they are reading at all.
“When we think about the books that grabbed our attention and made us readers as kids, it’s often not high literature,” she said. “Like I was a fantasy nerd; and would I be the reader that I am today if I wasn’t allowed to just read whatever I wanted? Probably not.”


Aida Akl is a journalist working on VOA's English Webdesk. She has written on a wide range of topics, although her more recent contributions have focused on technology. She has covered both domestic and international events since the mid-1980s as a VOA reporter and international broadcaster.
Publié par PA DIEYE à 09:24 Aucun commentaire:


A Good Man in Rwanda 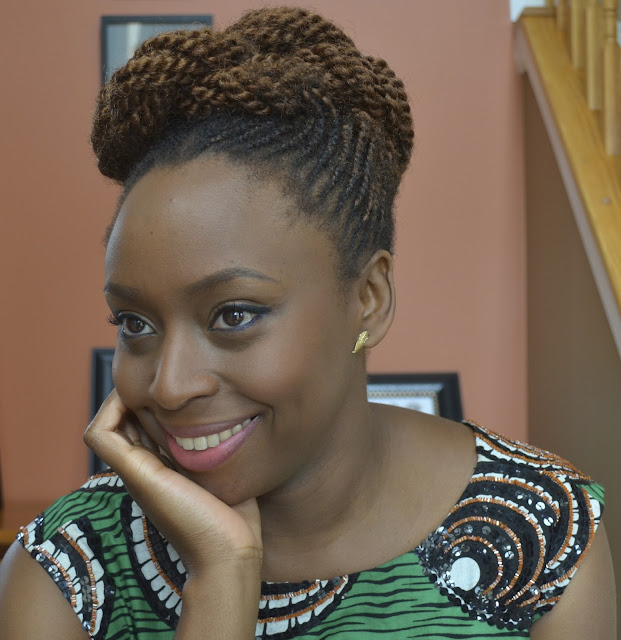 Chimamanda Ngozi Adichie is one of Africa's most celebrated writers – with Half of a Yellow Sun, Purple Hibiscus and Americana among the books to her name.
She is also one of more than 30 artists to contribute to a special artistic project on vaccination in Africa and around the world.
"The art of saving a life" celebrates the powers of immunisation and draws attention to the fact that one in five children today still do not have access to vaccines.
The project was commissioned by the Bill & Melinda Gates Foundation.
From our BBC studios in Washington, she recorded this exclusive reading of her short story Olikoye to coincide with a major ministerial conference on immunisation in Africa which is taking place in Addis Ababa, Ethiopia.